It's true. I lie to my apps

Privacy was always a big thing in my family. We were taught to basically lie from a young age, but only when it came to things like not stating your address in every form you fill out. I often gave fake names to hotels and altered address zip codes and such (I still do). Back then, this was spawned by a not-so-unfounded paranoia of home break-ins and stalkers — both realities having happened to someone my family knew closely.

As a funny consequence, I once filled out a form with the electric company as a grown adult, and said my job title was ¨Threshold Tester¨. I burst out in giggles when the inevitable cold call followed on the phone some time after, at a time when I´d nearly forgotten that particular lie. The naive fella at the other end of the phone was going: ¨…so are you happy with your current plan, Kristina, and is your job still ´Threeesh-hold uhhmm Tester´ at Imagination, Inc.?¨ I found this all amusing in my own childish way.

Social Media and Cyber-Stalking is more than well-known for spilling fears onto the internet of how people could get hold of your birthday, piece together the puzzles of your online personas, and thus do identity theft type stuff via online banking and online shopping shenanigans.

When my kid was 14 years old or so, he cheekily said to me: “If you´re the age you say you are, then you would´ve had me when you were 16, and Grandma said you were a responsible 16-year old. So…”

And that was it. Whenever asked what my age was, I became the woman who responded with “I was an irresponsible 16-year old” if the questioner happened to know my son. They'd thus do the quick Math, add 16 to his whatever-age at the time of the query, and voila, I was the age I felt. He's a musician, so this rock-and-roll fable of mine didn't really harm his street cred...nor did it lead to much eye-rolling in the PTA department. So that was that.

Funny how you don´t even think you´re lying so much, until that fateful day when the health research tugs at your brain via incessant notifications. You get roped into reading one more thing about workouts, age and the necessity of logging foods and workouts…and you go on to wonder: “…damn, so carbs are bad now, and sugar is the dev*l´s handiwork and thus smoothies and pulpy orange juice are slowly killing all my daily yoga and fitness app goals.” Great.

I sense that thud of unfamiliarity as I hear my own thoughts betraying the fact that I´ve somehow turned into an annoying calorie-counting cross-fitting hipster. But ok, let´s get to it: this information was available eons ago, pre-internet — eating calories versus burning calories and the deficit (or is it the opposite of deficit?) being expected weight loss to the power of 5 days over 7 compounded by your BMI and BMR and a dash of intermittent fasting added to the equation….aaaack, it´s maddening once you´ve fallen into that abyss.

But after years of tabulating, checking, and working out so much, you figure the numbers sort themselves out in the wash — surely — if you just move more, eat less and dance like no one´s watching. Ok so I threw that last bit in.

Perhaps the lies should end. I wrote this blog on my birthday, after all.

Yes, another birthday where I take an audit of all the things I´m doing (and not doing) in my life and the people I´ve surrounded myself with, jobs, passions and All-Things-Kristina. Life Altering Decisions are often made this time of the year, as I have all my life, why stop now…I lie to my apps. I said this candidly to a personal trainer and she laughed her ass off. As did I, not realizing at the time of this apparently-hilarious line delivery that she had assumed I lied about the foods I ate and tabulated, my weight, the inches the tape measure declared uncaringly when wrapped around my waist…you know, THAT kinda lie. That´s an understandable assumption.

Why lie at all? Apps motivate me, push my buttons.

As a fair exchange, I don´t lie about my weight, that´s not productive. But then again, lying is just plain sensible. It´s keeping it real in the don´t-take-yourself-too-seriously vein.

The truth is, I´m competitive by nature. Anyone who knows me knows that. I can´t help it.I could get into a semi-serious discussion on superfoods, macros, keto, counting calories, logging in meals and the absence of them via Zero (for intermittent fasting), FitStar (developed by NFL Hall-of-famer legend Tony Gonzalez) and now called Coach under the FitBit moniker. 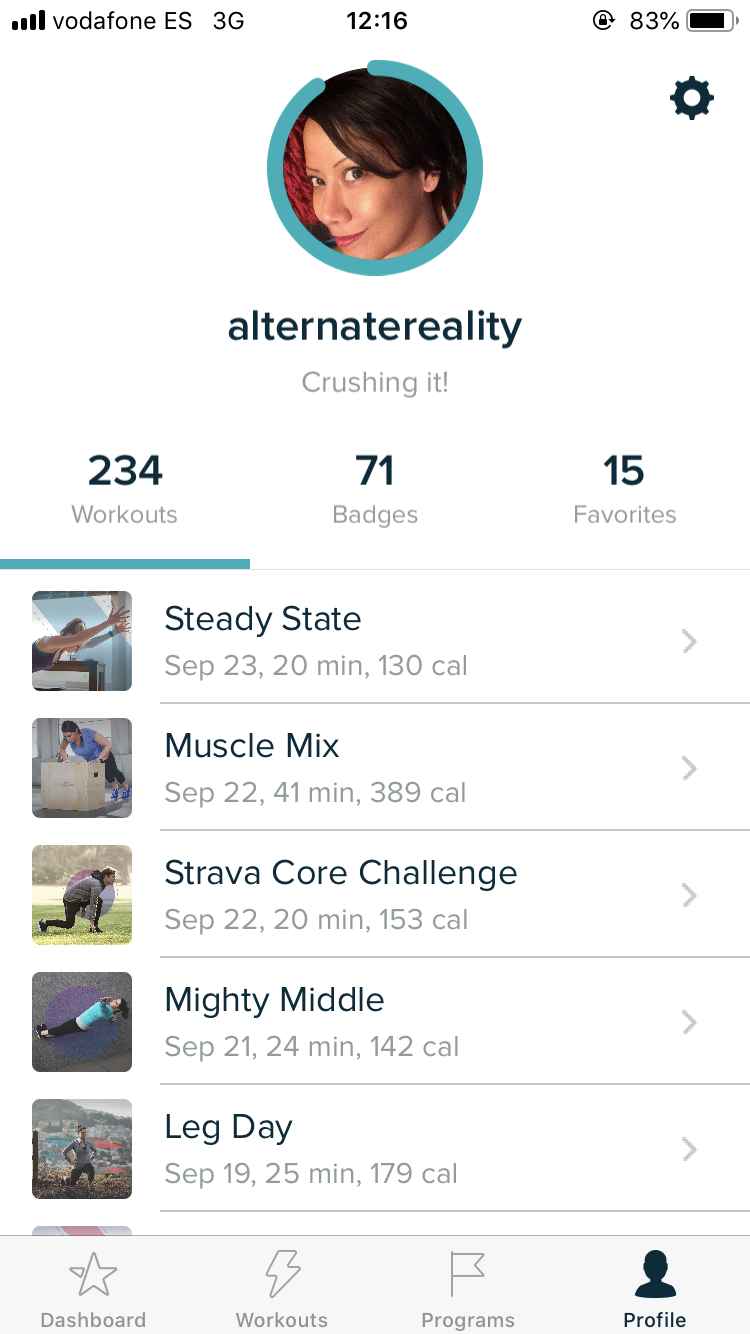 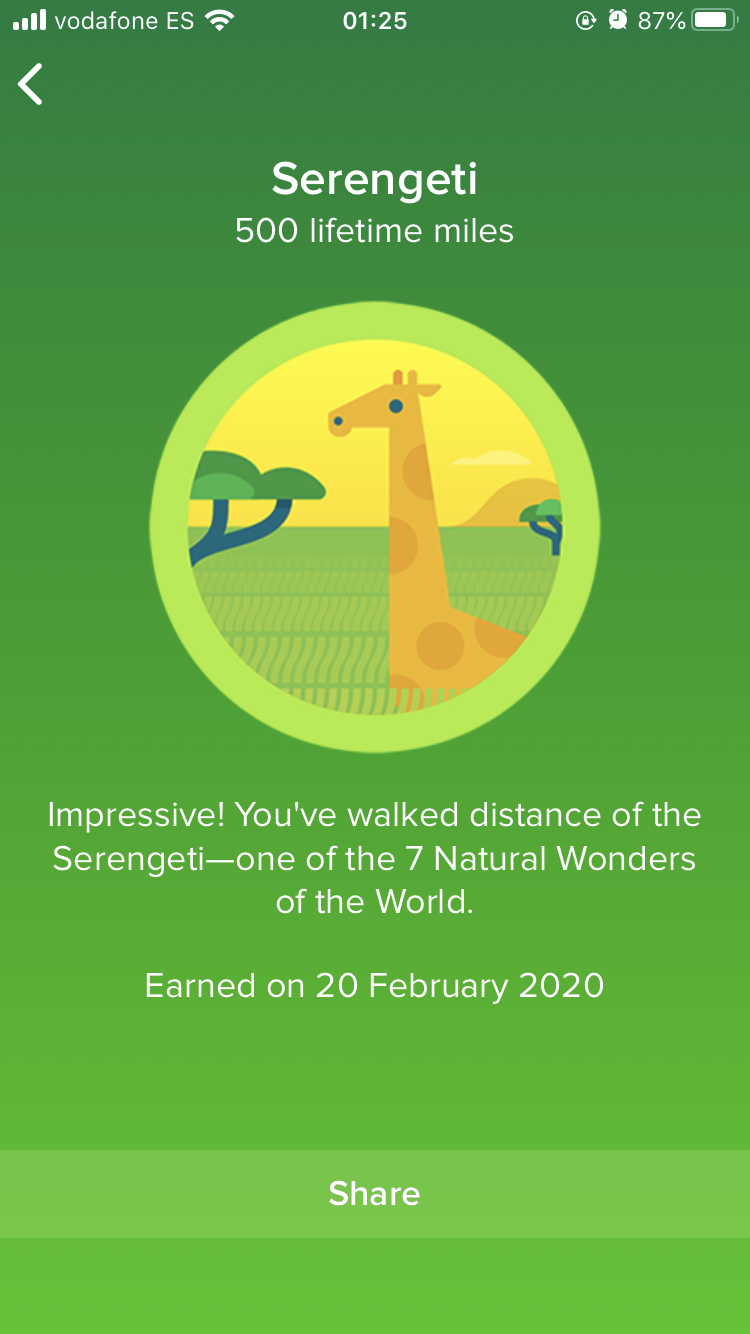 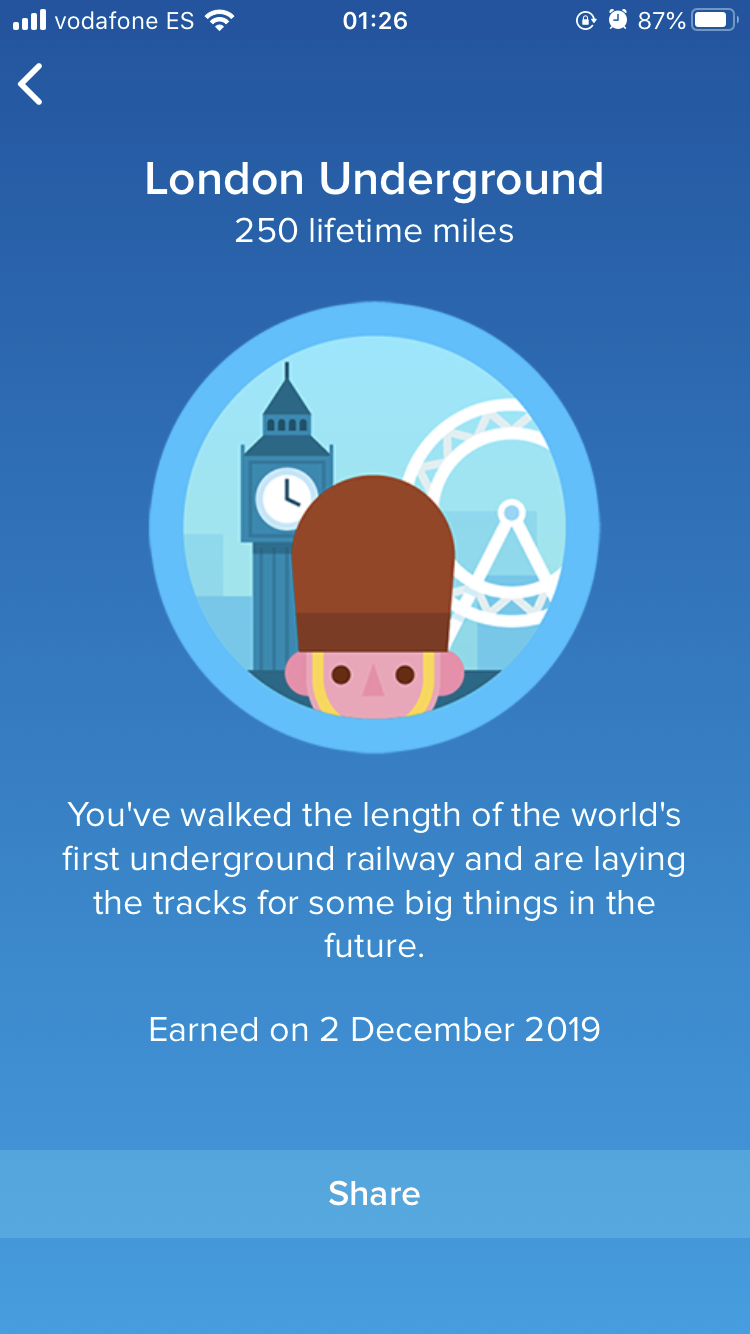 But as per the images you see here, the fact is I am addicted to badges. I work out incessantly until my app says I´m “crushing it” even if I have no one competing with me in the community section of the apps I´ve religiously dowloaded and mindlessly follow. Fitbit may tell me one day that I've "...walked the distance of the Serengeti" or "the length of the London Underground..." and I'm down with that. I keep pushing.

I feel strong, possibly as strong as I was pre-children. I yell pointlessly at the TV or at the personal trainer on my phone and cuss at the yoga mat when I push myself harder than Science suggests I do. In true personal audit style, I think I´m fine with my lies. My ´PR Age´ is almost 40 and all my apps think I´m nearly 10 years younger than I actually am.

A Playlist for you for coming this far...

So yea, maybe Science isn´t always spot-on with its recipes. Perhaps the millennial app creators who have painstakingly created algorithms for us to endure aren´t always right. Truth is: I´ve been doing non ´age-appropriate´ workouts for 7 years. I feel like if I´ve missed a day of yoga, it´s like I didn´t brush my teeth, and I´m getting better at everything but reading font size 4. I know that if someone tried to mug me I could probably maim them by striking hard with the apple in my hand, as I walk in wildly inappropriate gogo boots everywhere I go. I think it´s a good place to be.

Full Disclosure: Kristina doesn´t work for FitBit, FitStar or any app haphazardly mentioned in this essay, but will happily threshold test any app, fitness or otherwise, anytime. Connect via LinkedIn or Instagram - For now, join her on some warped badge contest in a Wellness Quest - Just share your wellness goals below and be in to win Creamy Keto MCT Oil Powder and subscriptions to superfoods by NutrientElements.com

An earlier version of this blog was previously published in Coffeelicious, a Medium Publication

WEBSITE DISCLAIMER CONTENT DISCLAIMER. Our Blog Articles are written by health-loving mamas, papas and other health-loving fitness fans around the world. Health statements and claims herein have not been reviewed by the FDA. Brainiac Brands (Nutrient Elements and Calm-a-Mama) products are not intended to replace medical and professional advice. Neither is it our writers' fields of expertise to treat, diagnose, cure, or prevent any disease.

Raising a Family in the Era of Climate Change - Thrift Shops

My Top 10 Activities to do with a Toddler in Lockdown